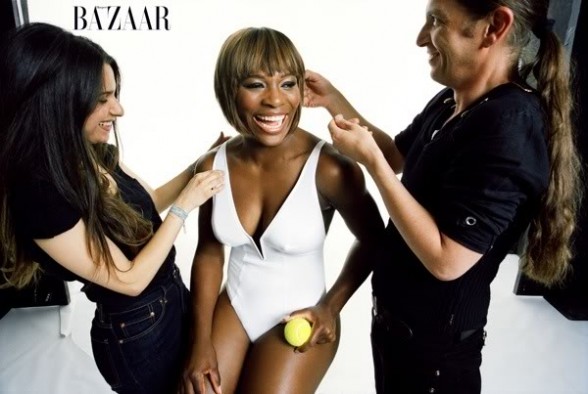 In honor of Serena’s Wimbledon win Gatorade put out a rather clever black and white commercial for their G Series drink. The old fashioned commercial which features Serena playing a game of tennis during the more elegant days of Wimbledon is nothing short of genius.

In addition to Serena’s Gatorade commercial she is also featured in Harper’s Bazaar’s August issue. In their latest issue due out on newsstands July 20th, the tennis champ talks about learning to accept that her body was never going to be like Venus’s.

“I’m super-curvy. I have big boobs and this massive butt. She’s tall and she’s like a model and she fits everything”