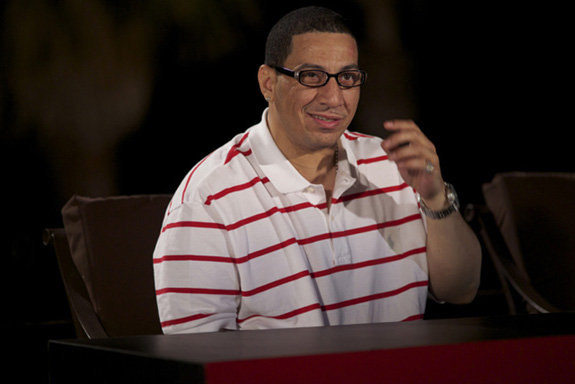 Tam-Star: Let’s move onto the celebrity DJs like Macy Gray, and Nick Cannon and Joel Madden, and Lil’ Jon

Kid Capri: The DJ’ing thing is the sh*t, and that’s why these actors and all these other people come and do it, but keep in mind before Kid Capri there was none of that. The DJs were the DJs that were there and they got paid bullsh*t money — $100, $200, $50 — sh*t like that. My thing was you gonna pay me like you pay these artists with the hit record, and I’m not just gonna be DJ’ing. You’re gonna see me producing, you’re gonna see my albums, my records, and all these other things that come long with it.

Even though they’re rich, Nick Cannon got dough, his wife [Mariah Carey] got dough. You don’t have to do it, but it’s the sh*t to do. And for some people it’s the trendy sh*t now. That’s why a lot of chicks are DJing right now.

Tam-Star: I sat down with Biz [Biz Markie] and Monte [Biz Markie’s Manager] years ago and we had a discussion about this… I think Serato has completely taken DJ’ing in a different direction. What do you think are the biggest setbacks for upcoming DJs who pretty much learned how to DJ on Serato as opposed to Technics 1200 or some real equipment?

Kid Capri: I think they miss the whole element of what DJing is. Just like DJ’s that DJ on CDJs. My man S&S, love him to death, that’s my man, but he DJ’s on CDJs. No disrespect, but I can’t do that sh*t. With the computer, with Serato, that’s cheating along, but it’s a dope program and dope for what we use it for. So, I use it like I am using regular records. I don’t use the Q points or all the cheating things that go with it. I use it like a regular thing and that keeps me on top of my game.

And a lot of DJs may use cheating points or they started with Serato and that’s how they did it. They don’t really know break beats, they don’t know what happened before, they don’t know none of the history, and that all ruins you unless you know. That makes you become the DJ you are when you know the history of everything that came before. They kinda cheat their self because they haven’t got that. They are spinning a CDJ, they aren’t picking up a needle and that’s what DJing really is. They only get half of what it [DJing] is with Serato and CDJs. 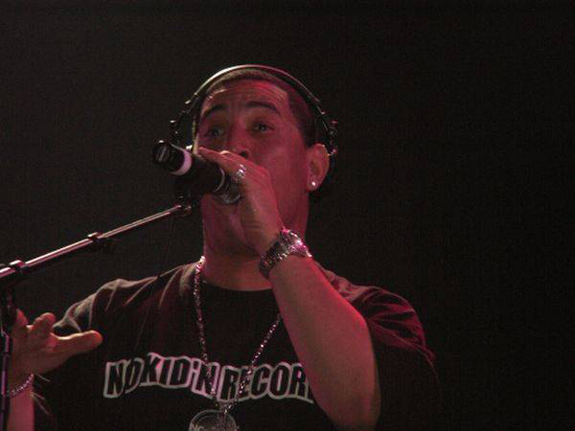 Tam-Star: I definitely agree about the CDJs. It’s just my opinion, you may disagree, I’ve argued this point for years. To me you’re not a real DJ if you own CDJs and that’s all you know, but that’s just my opinion.

Tam-Star: Is there an event or arena that you have not played that would be like a dream come true? Beyonce wants to do the Super Bowl. What’s Kid Capri’s Super Bowl?

Kid Capri: What I’ve done, I’ve done football stadiums where there’s 60,000 people, but I’ve never done the Super Bowl, but I’ve done NASCAR with 100,000 people, the KY Derby, Yankee Stadium, the Garden many times, the coliseums, arenas, I’ve done them all, so there’s not really much. I’ve even done the Home Run Derby at Yankee stadium, for Nelson Mandella when he came out. I did a party with Martha Stewart, like how many people can say that?

Now, to rock the Super Bowl, that’d probably be the one.

Kid Capri: I’m a Grammy Award-Winning producer, baby, I gave Hard Knock Life to Jay Z and I’m working on my third album right now. I produced my first two albums. I did Nothing But Love for Heavy D. I’ve got a bunch of different records I produced, I just don’t talk about it…

Tam-Star: What would people be surprised to know about the DJ Kid Capri?

Kid Capri: That I don’t walk around like DJ Kid Capri all day. I turn it on and off when it’s necessary. A lot of people don’t know how to do that, so that’s what keeps me humble and grounded, and makes me a regular person. Like I said, I’ve got crowds of fans all over the world, but you would never know that because I don’t walk around carrying that sh*t on my shoulder.