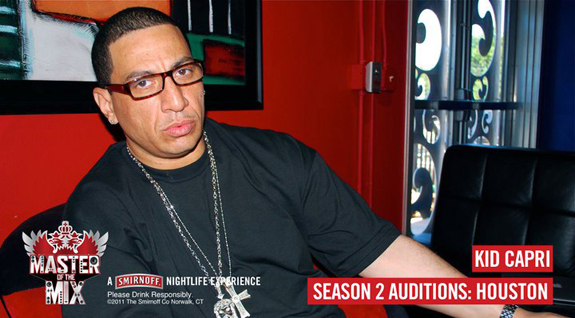 Tam-Star: I feel like he really never gets props and I don’t know if it’s a regional thing or what. Who do you believe is an underrated DJ?

Kid Capri: My man Technician, the DJ that opened up on my show. He’s been on the beat for so many years watching me, he may not be credible just from that, but he’s one of them dudes that’s coming up. Dre Dae, he’s one of the kids that’s gonna be on the Master of the Mix show. There’s a lot of them. You gotta be special, you gotta be something that nobody else has seen and everybody wants, but nobody really could have and nobody could grab.

There’s not really more you can do but that [the DJ thing], so that’s why a lot of people do a lot of things 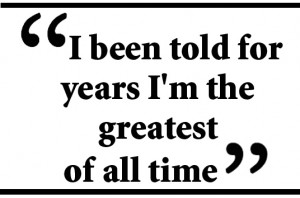 that I’ve done over the years, but you wouldn’t know that because you may have come in 3-4 years ago. You gotta remember this is something that’s been going on since 1988. There’s not much other paths you can really go but follow in my lead. And that’s what it’s been, I mean from the talking to the way it looks, to the way of dressing and the swag behind it, the stopping, all that was a package and a lot of people have developed it from me.

You gotta have that special thing that will convince the people that it’s not about the record that you play, it’s about you. The records is just your tool, it’s what you play to sell you. You shouldn’t have to depend on a hot record to make you hot, you know what I’m saying. Everybody can do that [playing the top list record], my daughter can do that, you know…what’s the special thing about you that’s gonna make everybody think you standout?

Tam-Star: Definitely. Let’s talk about season two of the Smirnoff Masters of the Mix competition. How did you get involved, what should we expect from Kid Capri as a judge, and what advice would you have for the competitors?

Kid Capri: I’m the master judge on the show. I got involved because of the name I built up and the credibility I have with what I’ve done. The people that run the show, they know that, so they came and got me. I made a show like this for myself called The World’s Greatest DJ and just so happened this fell in my lap, so we ended up doing this. I ended up doing it because the authenticity of it, and all the twists and turns they was doing I really liked, so it definitely was a good thing. 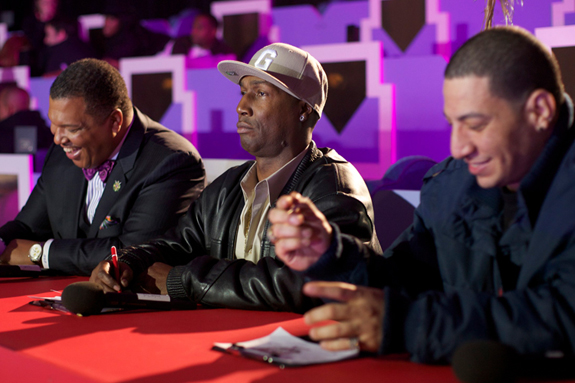 This season I’m going a little bit harder because the people on the show was picked internally. It’s gonna be something like American Idol. So they gonna’ have to bring their A game. Grade A, A game because there’s a lot of people out there that want it and can make a quarter million dollars, which is a lot of pay.

The last season my man DJ Scratch won and he did his thing.

Tam-Star: Way back when DJs mixed instrumentals, it was about mixing as well as turntable-ism. Now, a lot of DJs are what we call slam DJs, they basically just slam records together. What are your thoughts on that?

Kid Capri: Well, like I told you, it’s not for everybody. That slamming records together is partially my fault. I have a thing where I played records quick, but I made sense of it, and a lot of dudes see that and they try to follow that quick and play records together and what they’re doing don’t make sense. I see that all the time. If you’re going in you gotta have a game plan or you won’t be able to tell the story.

And the turntable-ism and the party, it works at certain parties, where at other parties when you’re doing the bubbly joints and you got bad chicks with dudes, the ballers and all that, they don’t care about turntable-ism, they care about hearing their records, they care about what’s going on. So you have to incorporate your turntable-ism in a way it doesn’t piss people off and it becomes an art; but if you go in their playing with your personal feelings, and acting like you’re in the DMC contest, that is not gonna work and people don’t wanna dance. They pay their money to have a good time. So that’s the difference between taking it personal or taking it professional. Know that it’s not about you even though you’re selling you, it’s about them. 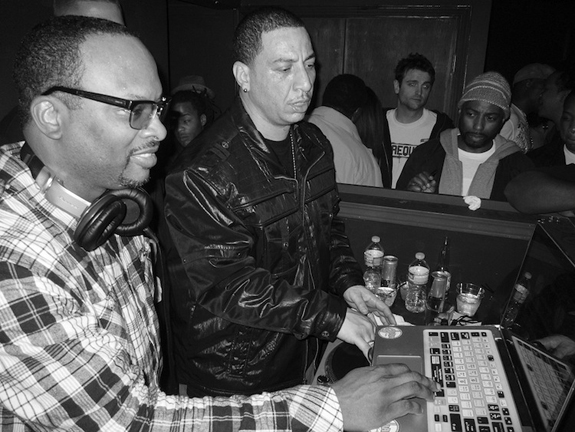 So whatever works. You have a turntablist like Jazzy Jeff that will cut in a party and do some kind of back and forth thing, but it sounds hot, not every DJ can do that where it keeps the crowd still dance. That’s the key element to keep people involved and keep people happy. Just like with a platinum record, when I get on stage I don’t give a f*ck how big you are or what group you are, what record you got out, you’re gonna have a hard time getting on that stage after me. That’s my whole attitude, to flatten anybody that’s around. Just flatten their ass and that’s it. And that’s the attitude a lot of DJs gotta have.

Tam-Star: I’ve worked with some amazing female DJs, DJ Shortee, EQue, Rashida, Spinderella, DJ Loli and many more. What are you thoughts about female DJs?

Kid Capri: First of all let me say Cocoa Chanelle was one of the dopest DJs I’ve ever heard. DJ Jazzy Joyce that was on my first season of Master of the Mix, she’s been down since day 1, so she plays a big part in the whole female movement. There’s nothing wrong with that, I mean why not? Why not be a female DJ or female producer? It’s there for you if that’s what you do. I’m not talking about doing it just to be doing it. As a matter of fact, I saw Beyonce’s sister, Solange is a DJ, now she’s doing parties all around the place.

Tam-Star: A few years ago I had a conversation with Jazzy Jay about DJ Shortee. He told me he thought DJ Shortee was the greatest female DJ ever. DJs like Shortee and Jazzy Joyce, they are great, but for whatever reason female DJs don’t seem to get their props and people don’t know who they are. Do you think that there’s a reason behind that or do you think it’s just a female thing? Or is it just promotions and lack of marketing?

Kid Capri: It’s all of the above. You get what you put into it. You have to make the noise and make people pay attention. You have to make people believe it. It ain’t gonna come to you, so when you get on that stage that’s your opportunity to know that’s what you’re doing and that you’re the sh*t, that’s it. Joyce has the attitude, she just has to utilize it in a way it works for her. In my book she’s the queen of DJs because she been there, the first woman DJ that I know of and still doing it.

So it’s just a matter of applying yourself and letting people know who you are and where you’re at.

Tam-Star: Okay, I have to ask this since we’re talking about her and I mentioned Spinderella and all that era of DJs, what do you think about MC Lyte as a DJ?