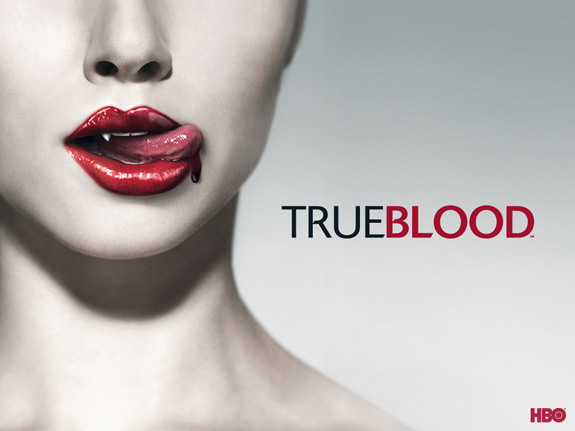 There is something about hot chicks, sex, and blood. Yes, blood! As in True Blood. With HBO’s hit show True Blood centering around the whole mystique of vampires, the show just would not be the same without some very HOT girls. After all, isn’t sex built in as a vampire metaphor? Because there are so many hot chicks on the show, Ranker.com decided to rank the ladies they believe to be the hottest women on True Blood. And of course, we decided to do our own countdown. Check out our top 5 picks and let us know what you think. 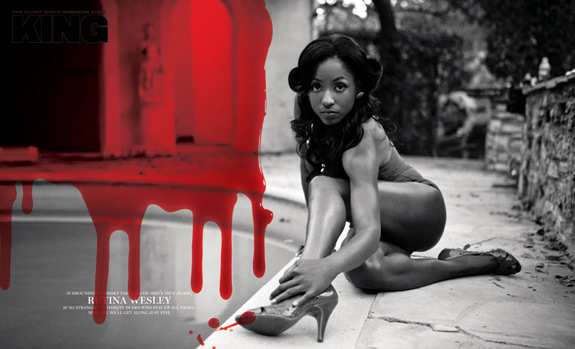 Why She Makes Our List: She’s an ASS kicker, PERIOD!

Character: Tara Mae Thornton is Sookie Stackhouse’s best friend, having rescued her from bullies when they were in grade school. Tara doesn’t hesitate to speak her mind on anything, ever. The daughter of an alcohol abusing mother, Tara has a chip on her shoulder that’s bigger than the entire state of Louisiana. She adores her family and friends, and goes to great lengths to protect them (including her cousin, Lafayette Reynolds). In the season four finale of ‘True Blood,’ Tara is shot to death protecting Sookie from Debbie Pelt. In the season five premiere, Sookie and Lafayette ask Pam to turn Tara into a vampire. This probably won’t go over well (Tara HATES vampires, having been kidnapped by crazy vamp Franklin Mott).

Background: Rutina Wesley is a graduate of the prestigious Juilliard School. She’s appeared on Broadway (‘The Vertical Hour’) and in the 2007 drama ‘How She Move.’ Wesley also appeared on a 2008 episode of ‘Numb3rs’ before joining the regular cast of ‘True Blood.’

The Hottest Women on True Blood According To Ranker.com 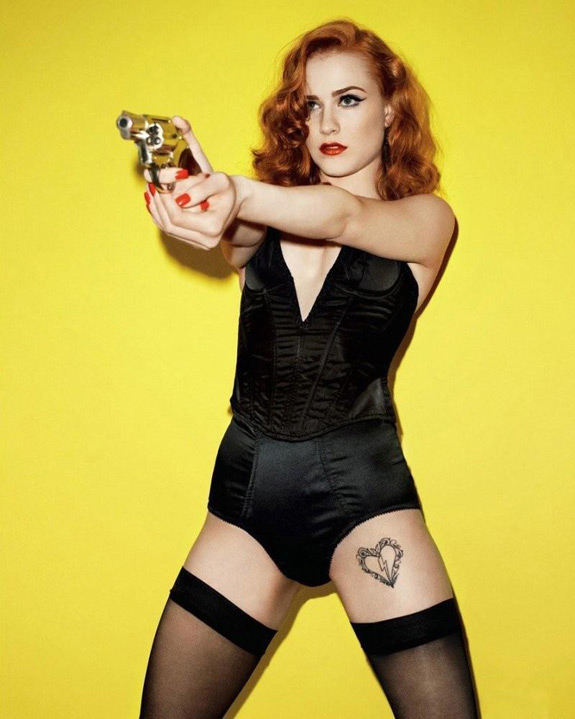 Why She Makes Our List: This redhead WAS feisty and fierce. What’s not hot about a women who takes charge?

Character: Sophie-Anne Leclerq was the Vampire Queen of Louisiana. Things were going really well for Sophie-Anne for a while, but her kingdom fell on hard financial times, forcing her to agree to marry Russell Edgington, the Vampire King of Mississippi. Merging the two kingdoms would benefit both, greatly, increasing their power. When Russell vanished, Sophie-Anne took control of both kingdoms. Controlling and, quite frankly, a little mentally “off,” Sophie-Anne was eventually killed, with help from Bill Compton.

Background: Evan Rachel Wood’s appearance on ‘True Blood’ was a memorable one, and Sophie-Anne was a sexy, alluring vampire. Wood has appeared in numerous films, including ‘The Ides of March,’ ‘Across the Universe’ and ‘The Wrestler,’ among others. She was nominated for an Emmy Award and a Golden Globe award for her work in the HBO miniseries ‘Mildred Pierce.’ 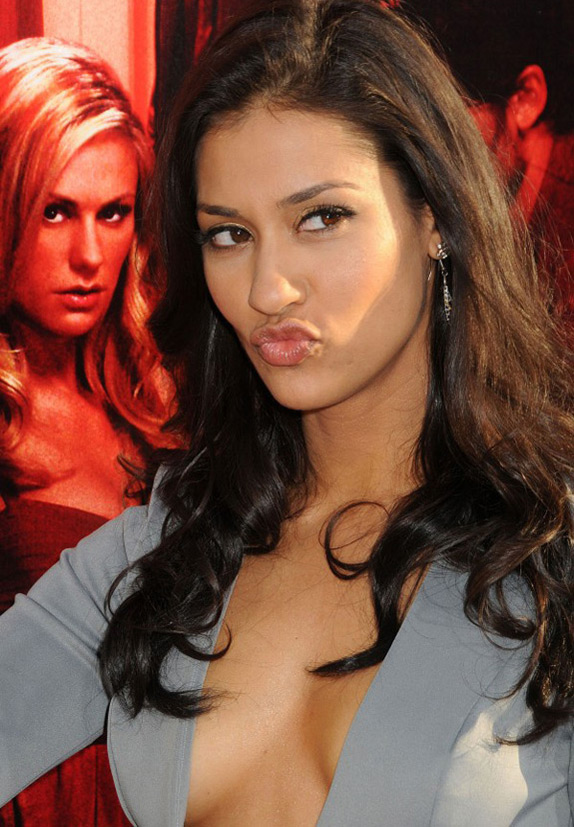 Why She Makes Our List: Yes, she plays a shapeshifter on the show and she’s been making out with fellow shapeshifter Sam Merlotte (likes shifting into a dog), but we like her. She just seems unassuming and sultry.

Character: Luna Garza is a shapeshifter who was married to (now deceased) Shreveport werewolf pack leader Marcus Bozeman. She and Marcus have a young daughter, Emma. Luna left Marcus and wound up involved with Sam Merlotte. Luna is a shapeshifter with a twist: She’s a “skinwalker,” meaning she can shift into anything — including humans.

Background: If actress Janina Gavankar looks familiar, she should: Gavankar is Ms. Dewey! Yes, that’s right: Gavankar is the actress who portrayed Ms. Dewey in the Microsoft viral marketing campaign launched back in 2006. Gavankar has appeared in several television series, including ‘The L Word,’ ‘The League’ and ABC’s short-lived series ‘The Gates,’ among others. 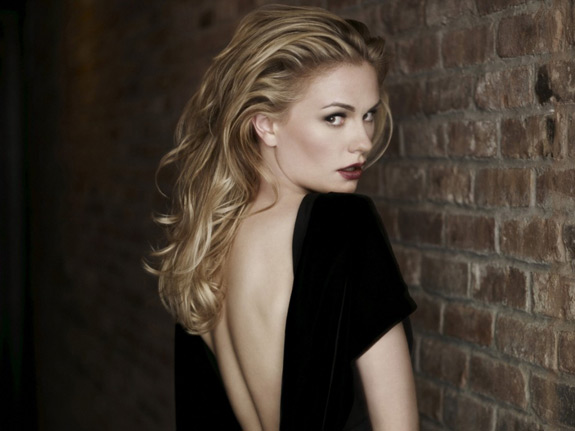 Why She Makes Our List: She’s the star and let’s face it, Anna aka Sooki has shown us the most (literally). It seems like every other episode, Sooki is naked and making out with either vampire Bill Compton or vampire Eric Northman. What’s not hot about that?

Character: Sookie Stackhouse is a life-long resident of Bon Temps, and she’s got some unusual abilities. Sookie is a telepath — she can read minds, and sometimes this gets a little noisy. She’s also part fairy, and her fae qualities attract vampires to her like bees to honey. Sookie is one lucky lady: She’s hooked up with vampires Bill Compton and Eric Northman, and she definitely has serious chemistry with super-hot werewolf Alcide Herveaux.

Background: Actress Anna Paquin was an Oscar winner before she was 12 years old, having taken home a Best Supporting Actress Academy Award for her role in the 1993 drama ‘The Piano.’ Paquin has portrayed Sookie Stackhouse on ‘True Blood’ from the beginning, and she’s married to her co-star, Stephen Moyer (Bill Compton). 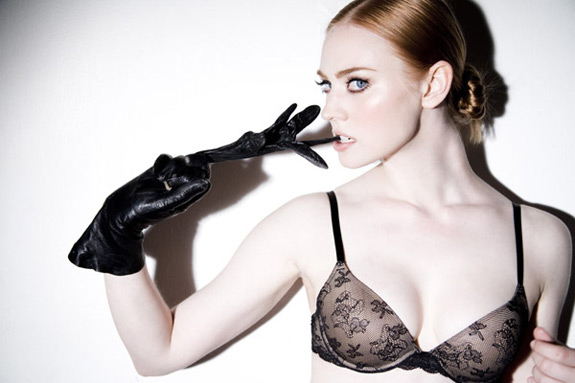 Why She Makes Our List: Put aside the fact that she’s a smoking hot redhead. For avid fans of True Blood, you have watched her go from quirky school girl to a redhead bombshell.

Character: Jessica Hamby is a teen vampire with an attitude. She’s very sweet, but she has a rebellious streak a mile wide. She was only 17 years old when she was turned by vampire Bill Compton, and now she’s his responsibility (one that gives Bill headaches, regularly). Jessica fell in love with, and moved in with Hoyt Fortenberry. She became restless and eventually broke up with Hoyt — and then, she slept with his best friend, Jason Stackhouse. Jessica may or may not be in love with Jason. At the moment, she’s living the dream: A perpetual teenager with super-human vampire abilities.

Background: Actress Deborah Ann Woll appeared in several TV shows in bit parts (‘ER,’ ‘My Name is Earl,’ ‘CSI’ and ‘The Mentalist’) before landing the coveted role of Jessica on HBO’s ‘True Blood.’ Her film credits include 2010’s ‘Mother’s Day’ and the 2012 comedies ‘Ruby Sparks’ and ‘Highland Park.’

The Hottest Women on True Blood According To Ranker.com