Caption This: Check Yourself 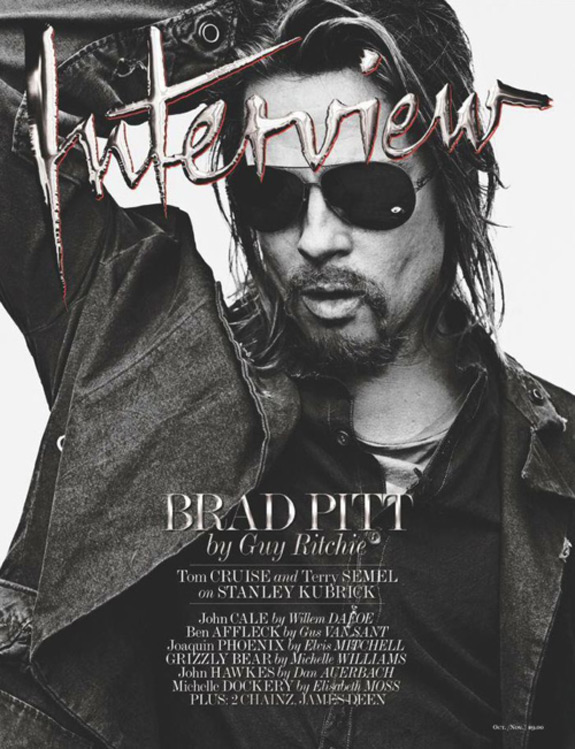 We hardly feature men, but we couldn’t resist talking about Brad Pitt’s new photo spread featured in the October/November issue of Interview Magazine. We get it. We know why he is worthy of consuming multiple pages of a magazine. Most women think he is sexy and let’s face it, many of you men want to be him. The verdict is out on his sexiness (thoughts of Benjamin Button flashes), but we are sure you will agree this is a great photo set shot by photographer Steven Klein. 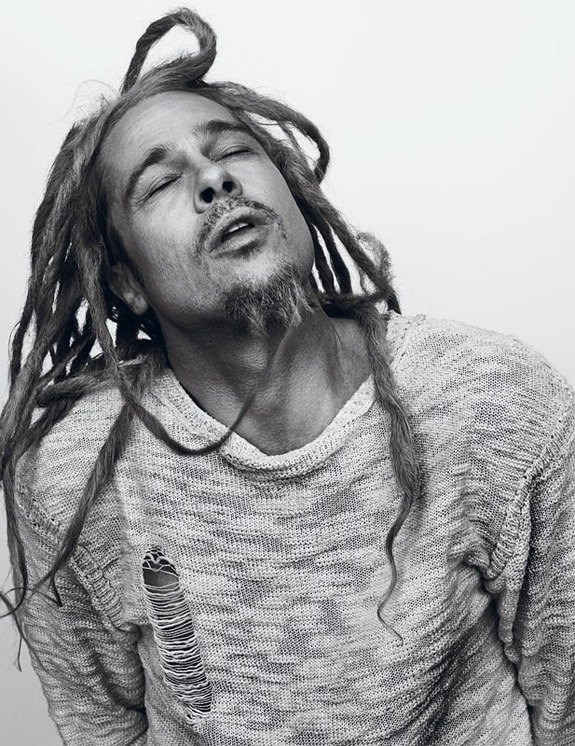 Guy Ritchie, who directed Pitt in Snatch (2000), recently met up with the 48-year-old actor in London, where Pitt was finishing work on another film, World War Z. Below are excerpts from their conversation from Interview Magazine.

RITCHIE: There you go. You’ve got yours going now, too. We’ll get a third recorder going as well. Lovely.

RITCHIE: Oh, the spot . . . Do you ever watch commercials?

RITCHIE: Well, I’ve gotta tell you, that’s where the real technical talent lies. There aren’t many movies where you can spend $3 million on one minute, so when I do a commerical, I can go balls-out and play around with toys and try out new stuff.

PITT: So you can use it as a tester for what you’re going to do in your next film.

RITCHIE: I do use it as a bit of a tester, yeah. But the commercial guys are actually more open to the idea of fucking around with stuff and they don’t mind if you hit a post because it’s so cutting-edge. Commercials will always be technically more advanced than movies. It’s a funny thing but they’re also so much more efficient. So I try to do one commercial a year just for that reason.

PITT: The fight scene in the forest in Sherlock 2 [Sherlock Holmes: A Game of Shadows] with the Germans with the howitzers—did that come from a commercial? Because I’ve never seen anything like that. 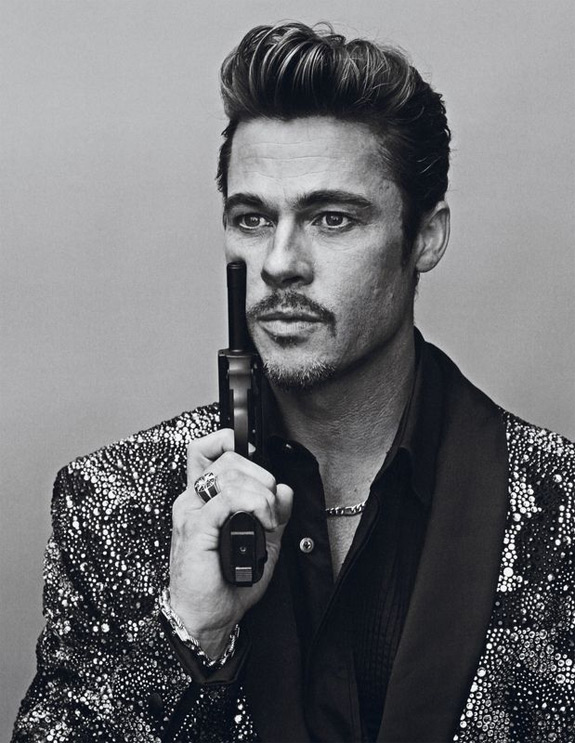