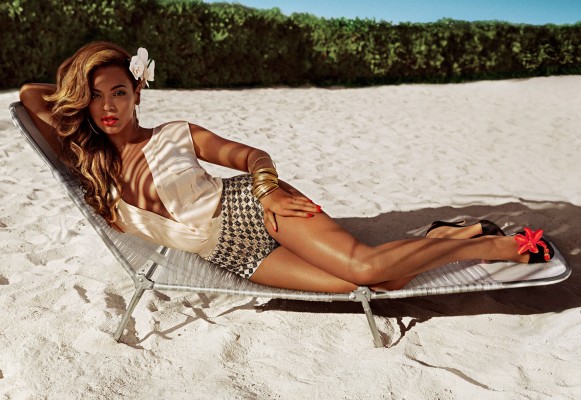 Earlier this year we mentioned the Beyoncé takeover was going into full effect. Well, it’s officially arrived. In addition to announcing her world tour and on the heels of releasing her controversial song “Bow Down,” Beyoncé has partnered with H&M for a new summer collection.

Tying in with the name of her upcoming world tour, Beyoncé is modelling pieces inspired by her individual style. A representative for the brand confirmed Beyoncé gave “personal input on the pieces seen in the campaign.”

“I’ve always liked H&M’s focus on fun affordable fashion. I really loved the concept we collaborated on to explore the different emotions of women represented by the four elements – fire, water, earth and wind,” said Knowles. “It was a beautiful shoot on a tropical island. It felt more like making a video than a commercial.”

“Beyoncé as Mrs Carter in H&M” will hit stores in May. She has also provided a new song for the campaign film titled “Standing on the Sun.”