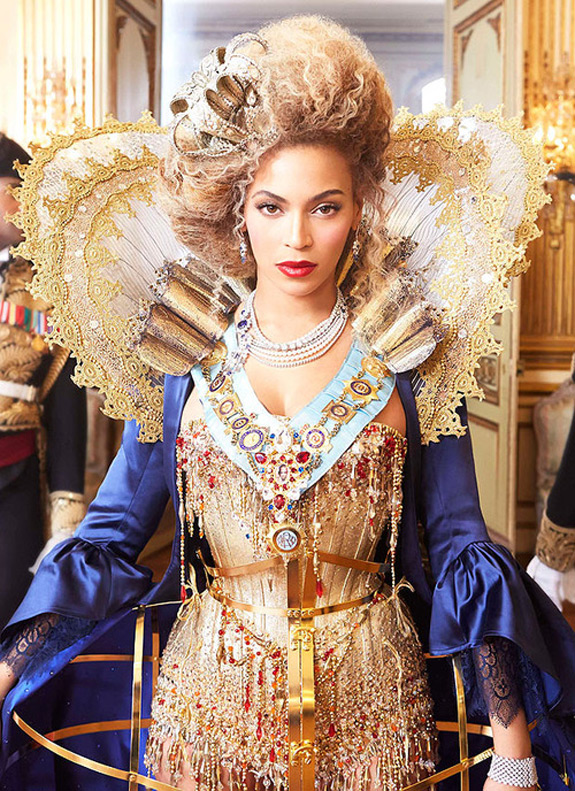 Beyoncé Beyoncé Beyoncé. I said it before, it’s about to be a Beyoncé take over. Hours after her Super Bowl performance, a photo begin circulating social media with Beyoncé dressed like a bejeweled queen. Today, we have an answer as to why and where the photo came from. Queen B is preparing for ‘The Mrs. Carter Show World Tour.’ The promo if for her UK leg of her tour. Her UK tour begins on April 26 in Birmingham before hitting The O2 for four nights followed by one night in Manchester on May 7th. Yes, Mrs. Carter is about to ascend on the world once again. Are you ready for Bey?