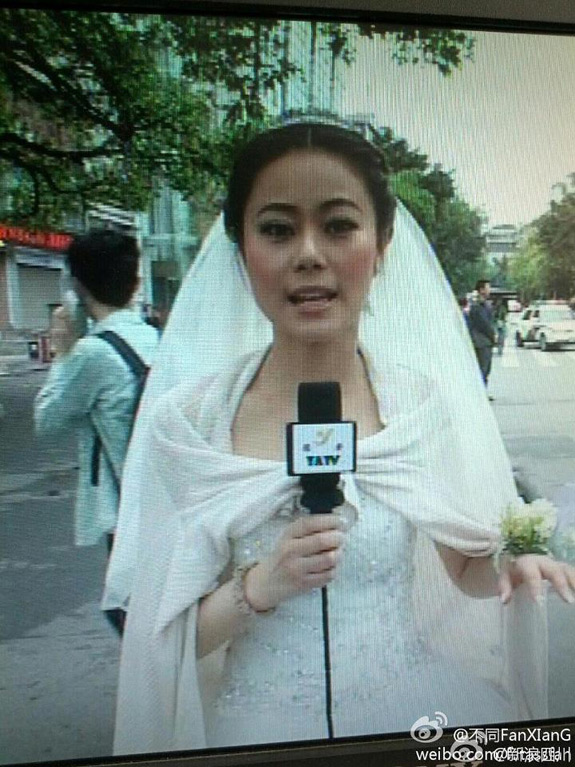 We all know that there are some general differences between Chinese and American women. Not to play into stereotypes, but there aren’t many if any American women who would drop what they are doing including preparing to walk down the aisle on their wedding day to go report the news. We know none of the ladies here at Mankind would.

Apparently, a female reporter in China decided to leave her own wedding ceremony to report on the massive earthquake that struck the city of Ya’an in southwest China killing at least 156 people. The “working” bride appeared live on television in her wedding grown and veil as she reported on the tragedy.

We are proud of this reporters dedication, but we can’t help but wonder about her husband. If this is any indication of their future as a couple they might want to reconsider their union. She seems to be already married to her job. Do you agree?