Rihanna And Kate Moss Get Naked For V Magazine

Countdown to Touchdown: 5 Songs Beyonce Should NOT Perform At The Super Bowl 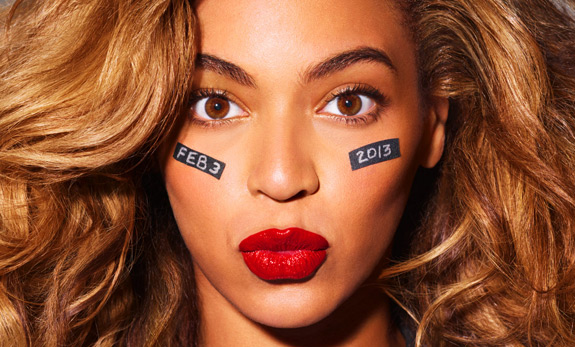 Who did not see this coming? It was just a matter of time before Beyoncé performed on the big stage that is the Super Bowl. Beyoncé sang the national anthem at Super Bowl XXXVIII in 2004 in her hometown, Houston, but it has taken her almost 10 years to hit the main stage during the half-time show. Once Madonna performed last year, the countdown was on for Beyoncé to grace the stage with all her Bootyliciousness.

Whether you like it or not, it’s going down. As she prepares to countdown to touchdown, we thought we would help her by offering a list of songs NOT to perform. Let’s face it, Beyoncé has cranked out a lot of hits over the years, but some of those extra bubble gum poppy songs are best suited for MTV.

Check out our top 5 songs we would advice Beyoncé NOT to perform at Super Bowl XLVII in New Orleans.


[jwplayer mediaid=”15620″]
Beyoncé and Shakira, yes! Oh, Beyoncé, Beyoncé Oh, Shakira, Shakira… no for the Super Bowl halftime show. The Colombian hip-swiveling songstress would be a great addition to Beyoncé’s show, but dude she’s pregnant. We know men everywhere would drool at the sight of the two of them doing their raunchy routine, but without Shakira, it just won’t be the same.


[jwplayer mediaid=”15618″]
Lady Gaga is taking over the world, but American football and Lady Gaga are not a great match. Blood, raw meat, and bleached blonde hair during the halftime show, yuck! We cringe at the possibility of Lady Gaga hitting the stage at Super Bowl.


[jwplayer mediaid=”15622″]
This is a tough one. The mesmerizing dance moves in this video was once a national phenomenon; however, No man wants to hear “Put a Ring on It” while watching football. Talk about pressure. Super Bowl is the one time a year a man may let his girl watch the game by his side. The last thing on his mind is committing to anything other than cheering for his team to win.


[jwplayer mediaid=”15619″]
Although girls do run the world, the Superbowl is a MAN’s show. Let the men on the field, in the stands, and at home watching the game have their day. For most men, Super Bowl is a national holiday, so let them run the world even if it’s just for a day.

One Response to Countdown to Touchdown: 5 Songs Beyonce Should NOT Perform At The Super Bowl